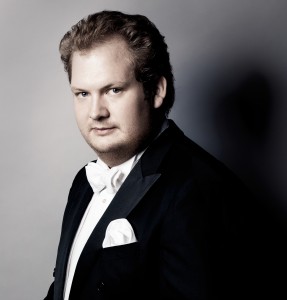 Jesko Sirvend is the winner of the Yevgeny Svetlanov Conducting Competition 2022 in Monaco, as a result of which he was invited immediately to concerts with both the Orchestre Philharmonique de Monte-Carlo and the Belgian National Orchestra in Brussels. In the 2022/23 season he will, among other things, perform in his first collaboration with the Bochumer Symphoniker as well as his German opera debut at the Chemnitz Theater with “Hansel and Gretel”, this one being a re-invitation after his successful debut with the Robert Schumann Philharmonic Orchestra in 2019.

After almost all planned concerts and projects for the 2020/21 and 2021/22 seasons had to be canceled due to the COVID-19 pandemic, it was all the more pleasing that Jesko Sirvend took over at short notice as assistant to Kazuki Yamada in Alban Berg’s Wozzeck at the Opéra Monte-Carlo in 2022. He then made a guest appearance with the Deutsche Staatsphilharmonie Rheinland-Pfalz at the “Schlosskonzerte” in Weilburg, only to fill in at very short notice for an ill colleague with the same orchestra just two weeks later.

Before the COVID-19 pandemic, Jesko Sirvend was a guest conductor throughout Europe. He developed a special connection with the Orchestre National de France. At the invitation of Emmanuel Krivine, he made his debut with the orchestra in 2016, after which he was offered the position of chef assistant. He remained in that position until 2020, conducting the orchestra in the Auditorium of the Maison de la Radio et de la Musique in Paris as part of the Chorégie d’Orange at the Théâtre Antique d’Orange and the Festival Palazzetto Bru Zane Paris.

As Associate Conductor of the Düsseldorfer Symphoniker, Jesko Sirvend was in charge of the #IGNITION concerts, which were considered the most successful youth concert series in Europe, as musical director from 2014 – 2020. He also conducted, among others, the Berner Symphonieorchester, the Norrköping Symphony Orchestra, the Zagreb Philharmonic Orchestra and the Tonkünstler-Orchester Niederösterreich. From 2009 onwards, Jesko Sirvend was chief conductor of the Akademische Philharmonie Heidelberg and formed the orchestra successfully until 2019.

Jesko Sirvend first attracted international attention when he participated in the Nikolai Malko Competition for young conductors of the Danish National Symphony Orchestra in Copenhagen. Under jury presidents Lorin Maazel and Sakari Oramo he first won fifth prize in 2012 and then third prize and the audience prize in 2015.

Jesko Sirvend studied conducting with Prof. Michael Luig at the Cologne University of Music and Dance. He participated in master classes run by Prof. Jorma Panula and Prof. Colin Metters (Royal Academy of Music London). He received his previous training in drums and piano at the Dr. Hoch’s Conservatory in Frankfurt am Main.